While the production of nitrogenous fertilizers has significant environmental impacts, rhizobia are a precious tool. These bacteria, which live in symbiosis on the roots of the legumes, can to fix atmospheric nitrogen contained in the soil and then make it available to plants.

This symbiosis between legumes and rhizobia is thus of ecological and agronomic interest.

Let’s start with some background.

At the beginning of the 20th century, the Haber-Bosch process made it possible to fix atmospheric nitrogen in a solid, assimilable form that can be produced in industrial quantities. This allowed the production of, among other things, nitrogenous fertilizers. While it is one of the most important industrial processes developed at the time, it has a heavy environmental impact.

However, for millions of years, bacteria have been able to fix atmospheric nitrogen for the benefit of plants: called rhizobia.

Soil bacteria of the Rhizobium genus are therefore an alternative and/or complementary solution to the use of conventional nitrogenous fertilizers.

Plants of the legume family have a major advantage: they have the ability to establish a symbiosis with soil bacteria of the Rhizobium genus.

Upon contact with rhizobia, the plant will form small root organs, called nodules, in which the bacteria will install itself. A give-and-take relationship is established between the bacteria and the plant:

✅ On one hand, the plant provides the bacteria with an ecological niche and carbon sources that are necessary for their development.

✅ In return, bacteria fix atmospheric nitrogen found in the soil and transfer it to the plant in an assimilable form, which is called ammonia NH3.

In addition to its ecological advantages, symbiosis between legumes and rhizobia has a real agronomic interest:

✅ More efficiency. Legume fields inoculated with rhizobia will generally perform better than those without it.

✅ Richer soil. At the end of the crop life cycle, the decomposition of the plants or crop residues will supplement the soil with nitrogen, which will naturally fertilize the fields.

However, it is important to know that the establishment of the symbiosis requires a lot of energy from the food plant, as it gives up part of its photosynthesis work to the bacteria by emitting exudates (sugars) at its roots level in order to attract and retain these minuscule partners.

Rhizobium cannot be partnered with just anyone!

It is important to know that rhizobia are different for each legume, i.e. a soy rhizobium will not be able to create a symbiosis with a pea (and vice versa).

And if this process works well for legumes, beware of “dream sellers” who suggest these bacteria for other crops.

The legume family (Fabaceae) includes over 18,000 different species. These plants are very rich in protein and widely used for animal and human food. 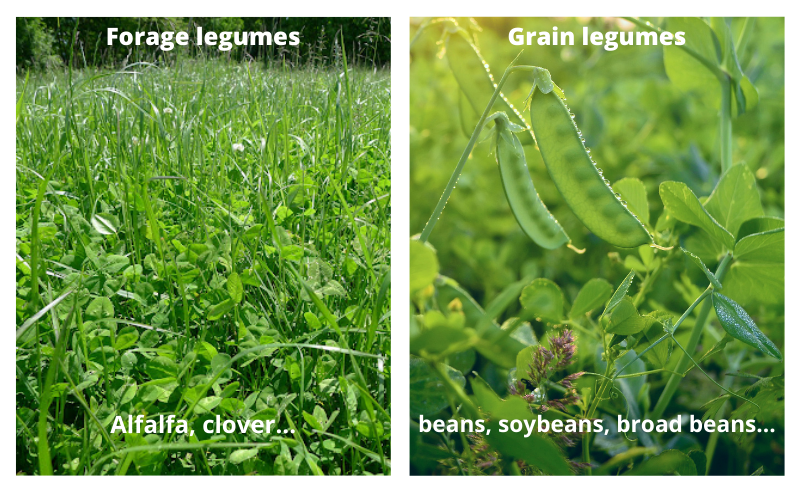 There are 5 genera of Rhizobium, each of which has an affinity with a particular type of food plant

First, the plant produces flavonoids. These molecules will trigger the production of other molecules called Nod factors. The Nod will in turn trigger two parallel processes: the infection of the plant by the bacterium and the nodule formation by the plant.

A domino effect will ensue.

Nod factors stimulate the growth of root hair, which in response will bend to form a structure called a shepherd’s crook. It is inside this structure that the bacteria will multiply and constitute a “microcolony”.

Then, the plant cell wall will dissolve. A tubular structure, called the infection thread, will form at this stage.

It is through this thread that the bacteria will be able to penetrate the plant cells.

Once released into the cytoplasm of plant cells, bacteria can fix atmospheric nitrogen.

The symbiosis ends with the nodule’s senescence, which is accompanied by a decrease in nitrogen fixation.

Senescence depends on the nodule type:

It is formed by legumes from temperate environments such as alfalfa, pea or clover.

The tissue configuration causes the plant cells to multiply at the tip of the nodule, giving it an elongated shape.

In concrete terms, this means that the aging of the nodule starts from the base, where the older cells are located, towards the tip.

It is formed by legumes of tropical origin such as soybeans or beans.

It has a spherical shape. Its growth is due to an increase of the plant cells’ size and not to cell divisions. Therefore, the nodule cells are at the same development stage.

They practically all enter senescence at the same time.

If you are interested in this subject, we invite you to visit this extraordinary blog https://jonlieffmd.com/blog/vital-plant-communication-with-bacteria-and-fungus

The main stages of symbiosis can be summarized as follows:

In general, bacteria of the Rhizobium genus are relatively fragile. Their stability on sowing is weak and is not guaranteed. Therefore, they must be inoculated onto the seed at the last minute to be effective.

At this point in time, a good survival regarding pre-inoculated seeds is not guaranteed.

The efficiency of bacteria used in agriculture in general and those of the Rhizobium genus, depends on the strain selected (see the post “why inoculate crops with microorganisms?” but also the production process. 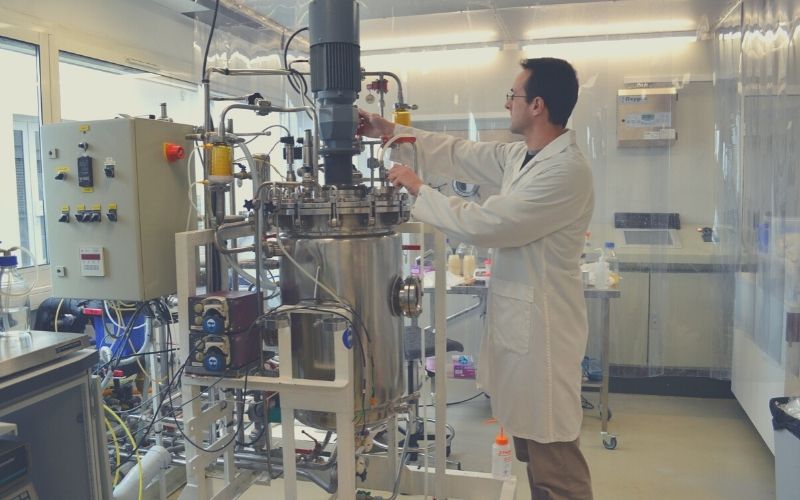 7 questions to ask yourself before buying plant microorganisms

Plants are naturally colonized by billions of microorganisms. The study of microbial communities associated with plants has enabled us to highlight ma...