3 - Glycine betaine, the most powerful osmoprotectant in the plant world

Plants have many enemies that interfere with their development as well as their production. Among the most frequent are the biotic (frost, drought, etc.) and the abiotic (diseases, pests, etc.) stresses.

Fortunately, they have mechanisms that help them fight these attacks, but we can also help them improve their resilience.

Here is an overview of biotic and abiotic stresses and the different ways to deal with them.

What is Biotic stress?

Biotic stress (from the Greek bios, “life”) is triggered by the harmful action of another living organism, such as fungus, insects, bacteria, weeds, and others. 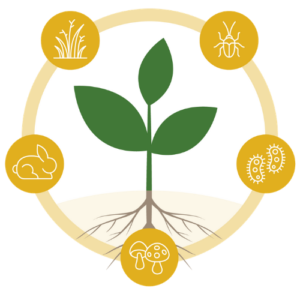 How do plants respond to attacks?

Do plants recognize their enemies?

Plants “recognize” micro-organisms thanks to special molecules “signals” that are embedded in their walls.

Do plants have an immune system?

As early as 1961, A. Frank Ross showed that after the inoculation of a tobacco leaf with a strain of Tobacco Mosaic Virus (TMV), there was an increase in the resistance of other leaves to this virus as well as to other pathogens.

Subsequently, advances in cell and molecular biology have made it possible to demonstrate resistance acquisitions or inductions. Therefore, we know today that plants have many mechanisms of resistance, certainly less developed than the animal immune system, but which allow them to fight against aggression.

It should be noted that often, the “immune response” is systemic (throughout the plant) rather than localized (such as cell suicide).

This SAR (Systemic Acquired Resistance) is based on the principle of activating genes that will maintain the whole plant in a state of resistance against a wide spectrum of pathogens.

Some microorganisms are beneficial and symbiotic (e.g. mycorrhizal fungi or rhizobium, others are pathogenic and responsible for diseases (powdery mildew, mildew, botrytis, fusarium, pythium, rhizoctonia, etc.). When a pathogen “attacks” a plant, it will trigger a chain of defensive reactions within the cell.

Elicitors: a solution to diseases?

Elicitors  are small molecules that can induce plant immune responses . They can “mimic” the attack of a pathogen to prepare the plant for the actual disease.

Many agents can cause a reaction in the plant, without the plant actually having this disease. These are most often microbial extracts, plant extracts, organic compounds, minerals, and physical agents. They are recognized by the plant’s membrane receptors, just like a real pathogen, and prepare it to be more resistant to diseases later on.

An elicitor is a product designed to trigger a reaction in the plant’s defense system early enough to prevent the development of the disease. Therefore, they can only be effective as a preventive measure. Once a pathogen is established it is difficult to dislodge it and direct actions may become necessary (insecticides, fungicides, etc.).

Elicitors need to be taken into account if we want to move towards reasoned agriculture. They sometimes make it possible to limit the passages as well as the treatments. But they remain complementary to conventional control strategies.

What is abiotic stress?

Unlike biotic stress, triggered by a living organism, abiotic stress is induced by everything that is non-living but nevertheless frightening for a plant: 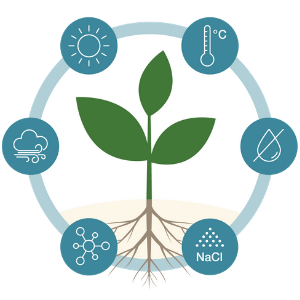 How do plants react to these types of stresses?

In the case of nutrient deficiencies, plants slow down their metabolism and reduce energy expenditure. This reduces growth, photosynthesis, and therefore the yield!

Variations in temperature or high temperatures can cause leaf necrosis such as “tip burn” in lettuce, variations in water regime, and Blossom-End Rot in tomatoes.

Plants also have the genetic capacity to synthesize protective substances such as “osmolytes”. However, some plants defend themselves better than others in conditions of extreme aridity, cold temperatures, or salinity. Algae, for example, live generally very well in a hypersaline environment, whereas salt is toxic to plants. The rose of Jericho is another particularly fascinating example:

Selaginella lepidophylla is more commonly known as “Rose of Jericho”is extremely resistant to drought which makes it able to withstand a lack of water for many years. It resembles a ball of dry leaves and seems to be dead, but at the slightest trace of moisture, it unfolds allowing its leaves to turn green again. 👉 wikipedia.

The algae and roses of Jericho have in common the ability to synthesize a large amount of an osmoprotectant called glycine betaine.

3 - Glycine betaine, the most powerful osmoprotectant in the plant world

This molecule travels throughout the plant and regulates the osmotic pressure in the plant cells to prevent water from leaking out of the cell, which would lead to its death. Besides, it also boosts the circulation of sap flows allowing the mobilization of water and the correct circulation of nutrients such as calcium and other trace elements. In the same way, it decreases the crystallization point of water inside the plant cells, which allows to lower the frost temperature and therefore to avoid the bursting of cells and the death of the plant.

What are the benefits of Glycine Betaine?

While some plants are naturally capable of synthesizing Glycine Betaine, it is still possible to enrich crops with this osmoprotectant in order to take advantage of its benefits.

Thus, a product such as LALSTIM OSMO by Lallemand Plant Care has notably demonstrated its effectiveness in promoting post-harvest conservation.

In winemaking, for example, glycine betaine improves nutrition in case of high heat, in the form of a foliar application at the end of flowering. Three weeks before harvest, it allows a better resistance to berry bursting and cracking. Additionally, it will improve the post-harvest fruit (table grapes).

For fruit, it has been shown to improve post-harvest preservation and avoids microcracks as well as Monilia. The key to success lies in the prevention of aggression. Every farmer is aware of the risk of high temperatures and knows that a frost can still occur in the spring.

2020 is recognized as the warmest year since the taking of temperature measurements has started. Global warming will most likely lead to increasingly severe droughts and heatwaves. Osmoprotectants have a bright future in agriculture when it comes to the natural protection of crops.

featured in this article 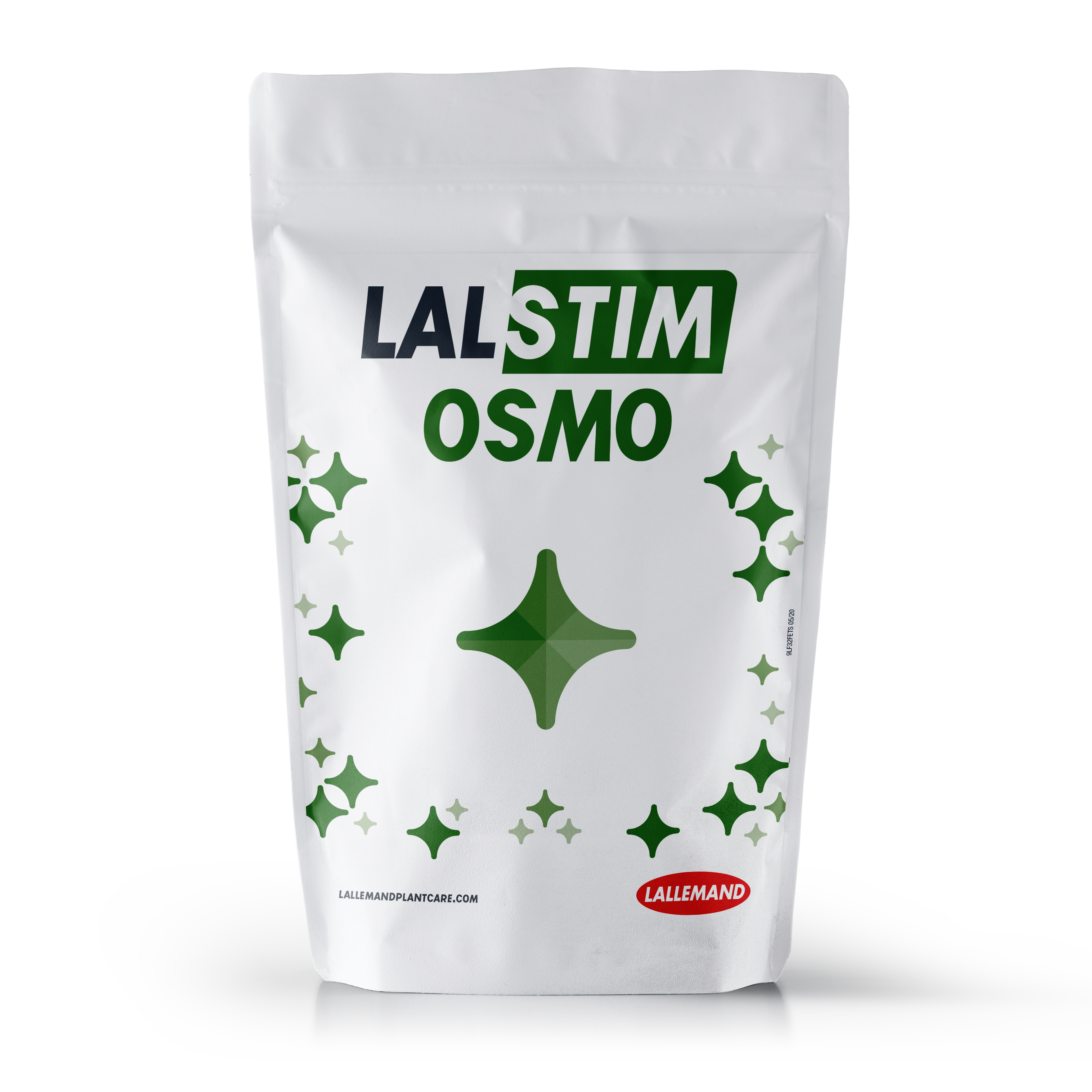 Sclerotinia, also known as “white mold” is a serious disease that affects a great number of crops (most broadleaf crops are susceptible to it). ...