1 - Biology of the disease

Sclerotinia, also known as “white mold” is a serious disease that affects a great number of crops (most broadleaf crops are susceptible to it).

It is mainly the sclerotia (the survival organs of the fungi) of the species of Sclerotinia sclerotiorum and Sclerotinia minor, which are at the origin of the attacks on crops. These sclerotia reactivate each time a favorable crop is planted (e.g., lettuce, rapeseed, sunflower, beans, carrots, etc.) allowing the disease to develop. These sclerotia are able to survive for at least ten years in the soil. The plot history is therefore a key element in assessing the level of contamination.

Sclerotinia is, without a doubt, a disease of great economic importance, extremely damaging in the case of a strong attack. Some figures for example: on soybeans, losses can amount to 20% in the event of an attack, i.e., several hundred million dollars in the USA alone (Guyon et al., 2014), on rapeseed, they can exceed 15 q/ha or even 32% of the endive harvest (Benigni and Bompeix, 2010).

1 - Biology of the disease

Sclerotia are small black nodules consisting of the highly condensed mycelium of Sclerotinia sclerotiorum or of Sclerotinia minor.
These sclerotia form on the affected organs and/or in the plant debris left on the plots and represent a very resistant form of conservation for these pathogenic fungi, which can live in and on the surface of the soil for 5 to 10 years.

Contamination by Sclerotinia minor is mainly through the intermediary of the mycelium from the sclerotia found near the roots and leaves/stems touching the soil. 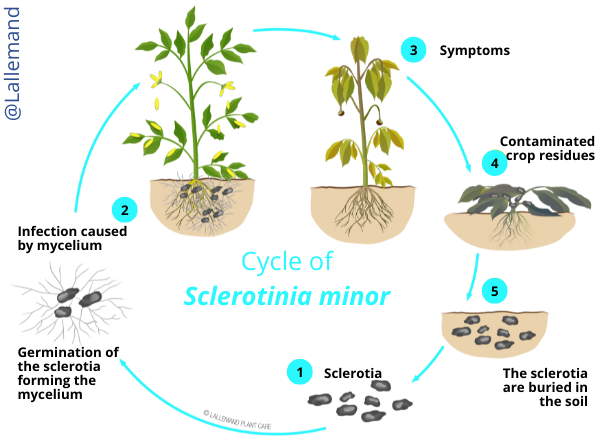 However, this fungus also creates formations on its sclerotia called apothecia. These are organs ensuring its sexual reproduction, which generate numerous asci (reproductive cells) containing the ascospores (the spores from the asci).

Thus, during a period of 2 to 3 weeks, millions of ascospores can be released into the air and be the cause of aerial contamination. 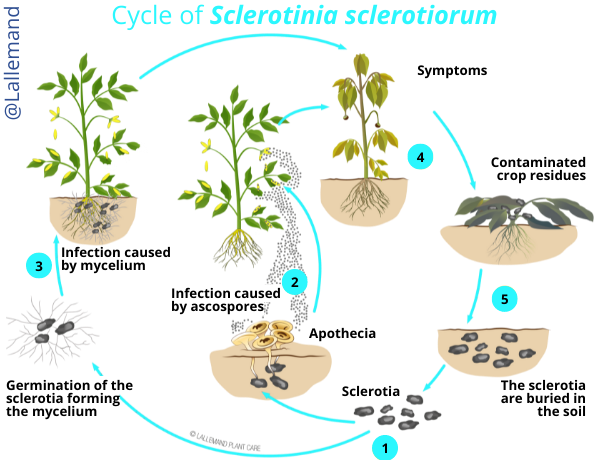 In the spring, leaves in contact with the soil can be infected. A white mycelial mass at the collar of certain plants is the sign of an attack at root level.

On rapeseed leaves, sclerotinia can be recognized by gray rot. On the stalk, gray-white spots encircle and develop in the leaf axils; necroses and sclerotia then appear in and on the stems, preventing sap flow. The upper part of the plant is scalded (more or less complete cessation of grain filling or ripening). The siliques can also be affected: they turn white and dry out, with the possible formation of sclerotia. In the case of an attack on the main stems, yield losses can reach or even exceed 15 q/ha.

On soybean, the fungus first develops on the floral node and spreads up the stem and then the top of the plant dries up.

On sunflowers, sclerotinia attacks start on the young apical leaves, forming a rosette which will then contaminate the bud. Contamination occurs at the 6-8 leaf stage. If mild, humid weather sets in (in May-June), the infection quickly progresses to the heart of the bud and the rot destroys it completely. 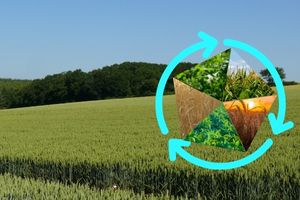 Avoiding susceptible crop succession is one of the keys. This fungus is present on many cultivated species.
The level of risk is at plot level. 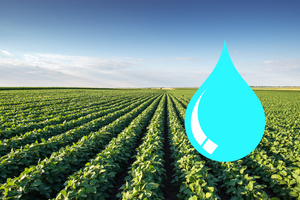 On sunflowers, avoid irrigations during flowering.

On soybean, the percentage of attack varies according to the ambient humidity. A first start of irrigation as late as possible and a spacing of ten to fifteen days between each round of water

reduces the attack by sclerotinia. The dry phase between two waterings is unfavorable to its development. 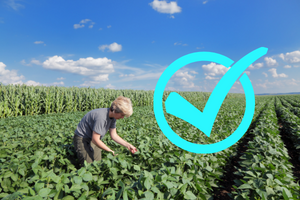 For rapeseed, all the classic varieties are susceptible to sclerotinia apart from certain new varieties developed for their greater tolerance to this disease, such as BRV703. Their choice may prove to be judicious in addition to classical control measures.

In soybean cultivation, according to the earliness group, the risk of sclerotinia is more or less elevated. The variety should also be chosen based on its susceptibility to the lodging. In general, susceptibility to sclerotinia and the lodging are linked.
The lodging is often correlated with canopy closure, with a dense population creating a humid environment favorable to the germination of the fungus. 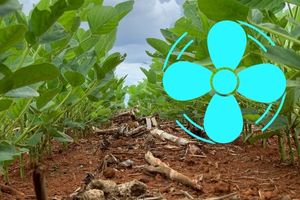 Overcrowded planting increases the risk of sclerotinia. The denser the cover, the more the humidity maintained is favorable to the fungus developing.

When sowing, it is therefore necessary to control density. 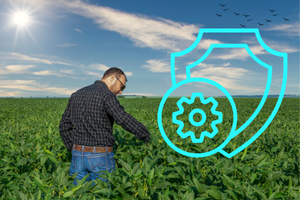 Good weed management is essential, on the one hand, to remove the broadleaf weeds, host-plants for sclerotinia, and on the other to avoid maintaining a humid climate in the vegetation favorable to the pathogen. 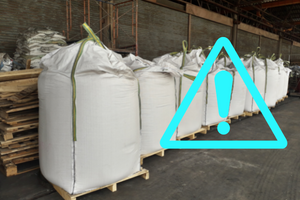 Avoid excessive vigor in the plants.

The symptoms, mainly due to the presence of Sclerotinia sclerotiorum, generally appear at the start of flowering. The leaves may show yellow spots, with whitish matting at the base. The leaves wither. Irregularly shaped moist spots appear on the stems and pods. A soft rot with a whitish cottony matting appears on the stems, petioles and pods of the bean. White then black sclerotia appear inside the stems and pods. When these sclerotia are in direct contact with the roots, they can cause the formation of soft rot at the base of the stem or the collar of the plant which, in the event of significant expansion, can lead to the death of the plant. 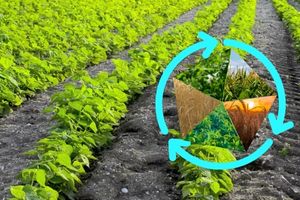 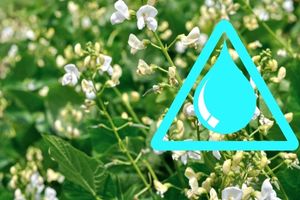 Avoid watering during flowering and leave the soil to dry between irrigations.

Inasmuch as possible, choose varieties with : 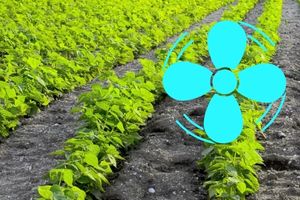 Favor the aeration of the foliage :

Consider the fertilization and irrigation to avoid an excess of vegetation.

Sclerotinia is responsible for moist and light brown color alterations affecting the parts of the plants in contact with the soil and in particular the senescent leaves, then the collar. These alterations develop very rapidly into a rot that spreads to the strata of leaves close to the ground. The petioles and main veins as well as the collar are invaded, which leads to chlorosis and wilting of the outer leaves, then of the plants, sometimes in less than 2 days. Subsequently, the rot spreads to all the leaf tissues, which decompose and collapse. There is no resistance when rooting up these plants. 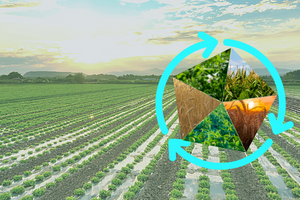 Perform rotations of at least 5 years in heavily contaminated soils, alternating a susceptible crop such as lettuce with non-susceptible crops such as cereals. 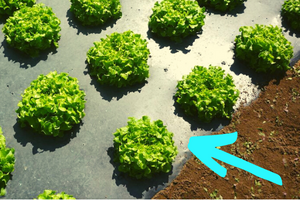 Using a plastic mulch enables the old leaves to be partially isolated from the ground and will therefore help reduce contamination from the two Sclerotinia spp. 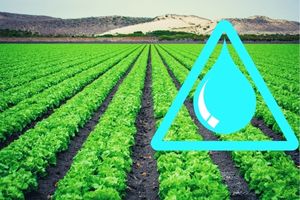 Ventilate the shelters in the case of greenhouse production in order to reduce the humidity in the air and avoid the presence of free water on the lettuces.

Drain the plots when preparing the soil before planting to avoid the formation of puddles favorable to late attacks.

Irrigate preferably during the morning and early afternoon, never in the evening, to allow the plants to dry out as quickly as possible. 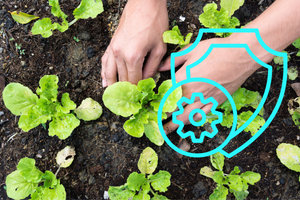 Eliminate plant debris very quickly during cultivation, in particular affected plants on which these two fungi produce numerous sclerotia.
Remove plant debris at the end of cultivation, to prevent it from being buried in the soil later and the fungi being able to survive there.

It should be neither too excessive (resulting in very receptive tissues), nor too weak (sources of chlorotic leaves constituting ideal nutrient bases for them). 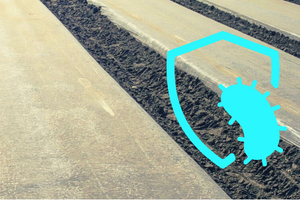 Cover the ground (solar disinfection or solarization) with a polyethylene film 35 to 50 µm thick, which will have been well prepared and moistened beforehand. This is kept in place for at least a month, during a very sunny period of the year.

It is an economical, effective method that will enable the control of fungi colonizing the surface area of the soil.

If no crop is grown, immersing the infested plots reduces the number of viable sclerotia present in the soil.

This mainly concerns the intermediate crops, nitrate traps and other winter cover crops.

Many of them are in fact vectors of the disease. This is the case with crucifers (mustard, radish, turnips, etc.), legumes (clover, vetch, etc.) and even phacelia on which “heavy” attacks of sclerotinia have been observed. These cover crops, which have developed strongly under the effect of agro-environmental measures, contribute to multiplying the inoculum.

The varietal choice of cover crop is therefore essential and must be integrated into the consideration of the fight against sclerotinia.

Only grasses allow a real break and avoid any risk of recontamination of the soil: ryegrass, or even rye, whose rapid establishment is adapted after the late harvests of September-October.

More generally, it is the entire rotation that must be best managed against the threat of sclerotinia. The presence of cereals remains fundamental, and the ideal would be to respect a minimum period of 4 years between two susceptible crops.

Against this disease with a strong economic impact, the plant health struggle consists of using synthetic and/or biocontrol products in order to minimize the damage.

LALSTOP Contans WG is the only biofungicide product based on the fungus Coniothyrium minitans CON/M/91-08 (usable in Organic Farming), which allows the efficient reduction and destruction of the sclerotia present in the soils (source of inoculum for the disease). As it is used in the rotation, the stock of sclerotia in contaminated soils decreases. Regular application of this product is important to obtain the required efficacy. LALSTOP Contans WG, therefore, cleans the soil of sclerotia over time.

When the presence of sclerotia is still too high (start of use of LALSTOP Contans WG) and the presence of conditions are conducive to contamination or a high risk of it, the use of plant protection treatments during flowering may be necessary.

Depending on the targeted crops, the main active ingredients available are based on:

❗ Not all products are available in all markets nor associated claims allowed in all regions.